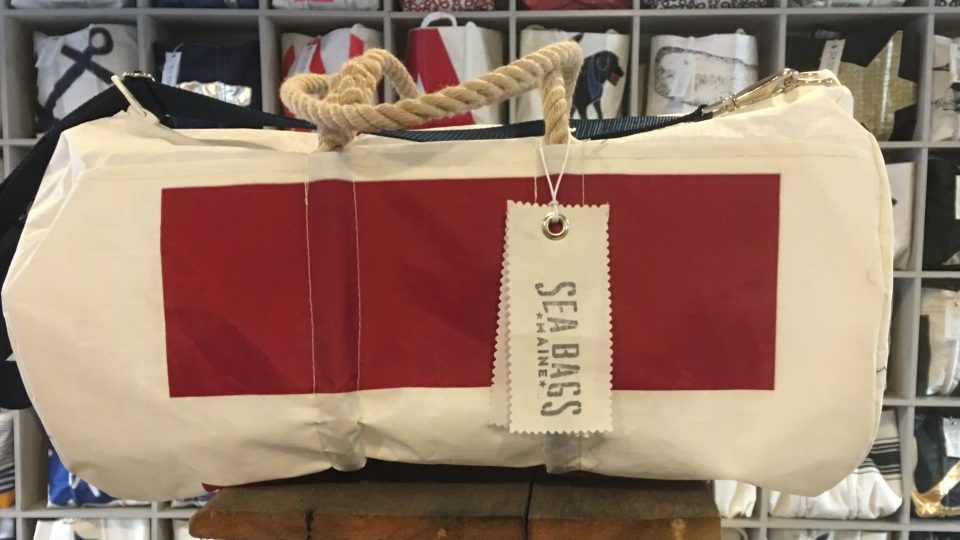 The Sail of a Champion

Here at Sea Bags, we believe that every sail we receive holds equal importance, whether from one of the largest sailing yachts in the world or a small family boat. However sometimes we get a sail that's so undeniably cool, we can't help but share its story.

One such sail came to us through Paralympic sailor, Hugh Freund. Native of South Freeport, Maine, Freund was diagnosed with bone cancer and lost his leg while still a student at Roger Williams University in Rhode Island. His college sailing coach encouraged him to pursue paralympic sailing with her colleague Betsy Alison, the US Sailing Team Head Paralympic Coach.

Freund partnered up with Beijing 2008 Paralympian Rick Doerr (Clifton, New Jersey) and joined the national team in 2009. Brad Kendall (Tampa, Florida) came onboard shortly thereafter. Together their three-man team has won seven Sailing World Cup medals and in 2015, they were the first adaptive team to win the Sunbrella Golden Torch Award at Sailing World Cup Miami. In April of this year, they qualified for the Rio 2016 Paralympic Games.

When one of the Sonar mainsails used for practice and trials in Rio got blown out, Freund knew just how to recycle the sail and give his team a souvenir of their Paralympic experience. He brought the sail to us and asked that we make four Duffel Bags from it: one Vintage Sonar Duffel for himself and three Vertical Stripe Duffels for his two teammates and coach.

Our team, naturally, was thrilled by the opportunity. We carefully crafted the duffels while we waited for Freund to return from Rio. When he came to pick them up, we were treated to details of the competition and even got to check out the silver medal his team earned in Rio. We learned the cool fact that the Rio Paralympic medals have sensory components: a rattle on the inside that jingles when shaken and an inscription in Braille on the back.

For Freund the competition was nerve-wracking at times and at one point the team was worried they'd blown it after the second-to-last day of racing. He recalled: "We almost screwed it up. That day was the worst two races, but then we won the last race. We were training with the Canadian team and wanted us both to end up on the podium (go North America!). They managed to sneak in ahead of the French and get bronze."

Before he left our shop, Freund expressed how much it meant to have a Duffel made from a sail that played a part in the experience. And since we all know sails soak up sun, salt and adventure, there will always be a little bit of Rio in those Duffels.