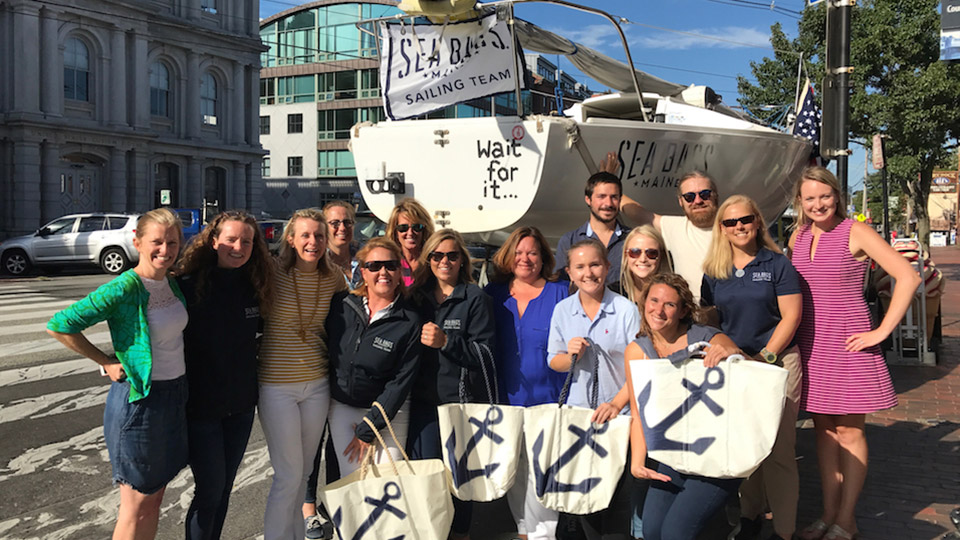 The Sea Bags Women's Sailing Team hosted a meet-and-greet Wednesday afternoon before heading to Canada for the World Championship.

The occasion was a hard one to miss, as the team brought along their J/24 boat that they will be racing in the J/24 World Championship for the first time.

Surrounded by Sea Bags crew as well as many tourists and locals, the women expressed their excitement about being the first all-women team from Maine to compete in the J/24 World Championship. With 68 other teams competing from 10 different countries, they expect the competition to be challenging, but are aiming to come in first place among the all-women's teams.

When they arrive in Canada, all boats will be measured and weighed to ensure a level playing field among all of the competing teams. The first official race takes place on Tuesday, September 19th and will continue through Saturday, September 23rd.

Be sure to check back in on our Tell Tales Blog for updates on the team as they sail their way to the top!