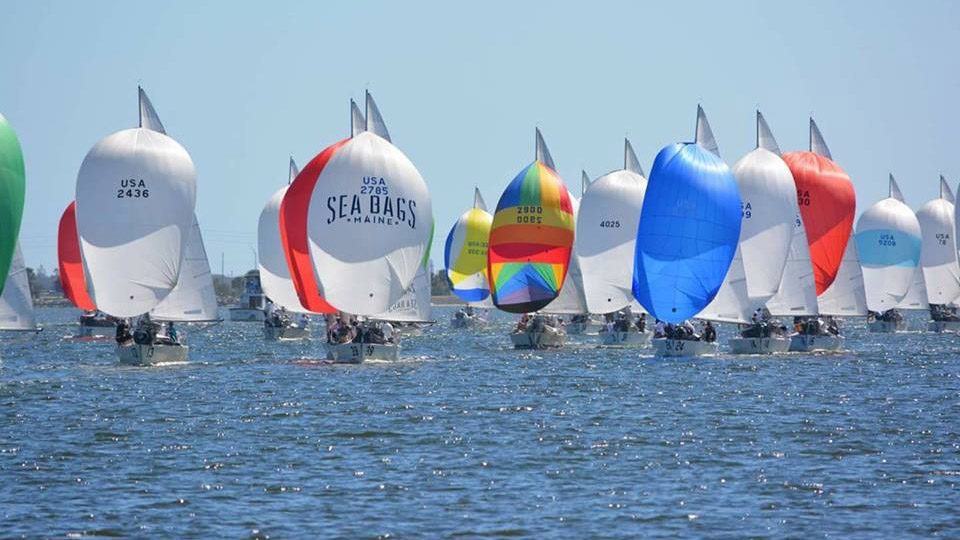 We are very proud to announce that the Women's Sea Bags Sailing Team will be traveling to Canada to compete for the J/24 World Title.

This achievement marks the first time that an all-women team from Maine will compete in the World Championship. The achievement was no small feat; this event is the highest level of competition for a one design keelboat. The women sailors will be competing against 68 other boats featuring top male and female sailors from 10 countries. The event takes place September 15 - 23 in Mississauga, Canada.

The group consists of 11 members, 6 of whom will be racing in the championship. These women all have one thing in common: a passion for sailing. They aren't sailing pros, in fact, most of them have full-time jobs and families. Erica Beck Spencer is one of the cofounders of the team and has been racing sailboats for her entire life. She founded the team three years ago with the help of Jessica Harris. The two have been working toward the goal of qualifying for the 2017 J/24 World Championship since they started the team.

The team comes with a variety of sailing experience from seasoned veterans to newcomers to the sport. For example, Charlotte Kinkade, is a Maine native who's also a USCG 100 Ton Captain, a U.S Sailing Club Race Officer, a varsity high school sailing coach, the District One Governor for the J/24 Class, and manager of the largest marina in Kennebunkport, Maine. Also, Katie Drake, a two-year veteran of the team, is the youngest of the team members and somewhat new to J/24 racing. She has a unique skill set in boat maintenance and maneuvering which is valuable on the vessel should anything go wrong. Another member of the team is Hillary Noble, who is new to the J/24 class, but has been competitively racing boats for 24 years. Joy Martin is one of the newer members of the team and began racing sailboats locally after purchasing a boat with her husband. Karen Fallon, another recent addition, grew up sailing in New Bedford, Connecticut and was a collegiate All-American crew at Connecticut College. Her passion for sailing led her to win numerous awards for racing, but she still enjoys casually cruising with her family.

We are proud of the accomplishment of these women as they head off to compete for the title of World Champion. Join us on Wednesday to meet the team or watch on Facebook Live for an interview with the team leader. The J/24 Sea Bags Sailing Team boat will be on Commercial St at the end of Custom House Wharf­–don't miss your chance to get a close-up look at the boat!

Location: Commercial Street, at the end of Custom House Wharf