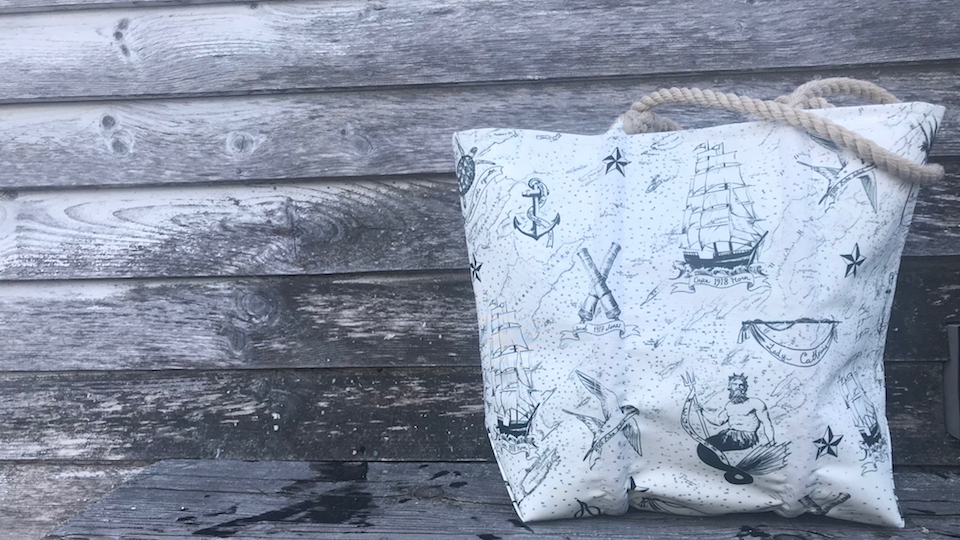 What do swallows, palm trees, shellback turtles, stars and a sailing ship have in common? Sounds like words describing a fabulous destination getaway? Nope. Add to the mix—cannons, anchors and King Neptune? Still puzzled?

TATTOOS—famous and historic tattoos that, to this day, tie seafaring men and women to their adventures on the open seas. For centuries nautical tattoos have told important stories and we're excited to celebrate this history in the design of our Nautical Motifs Tote. 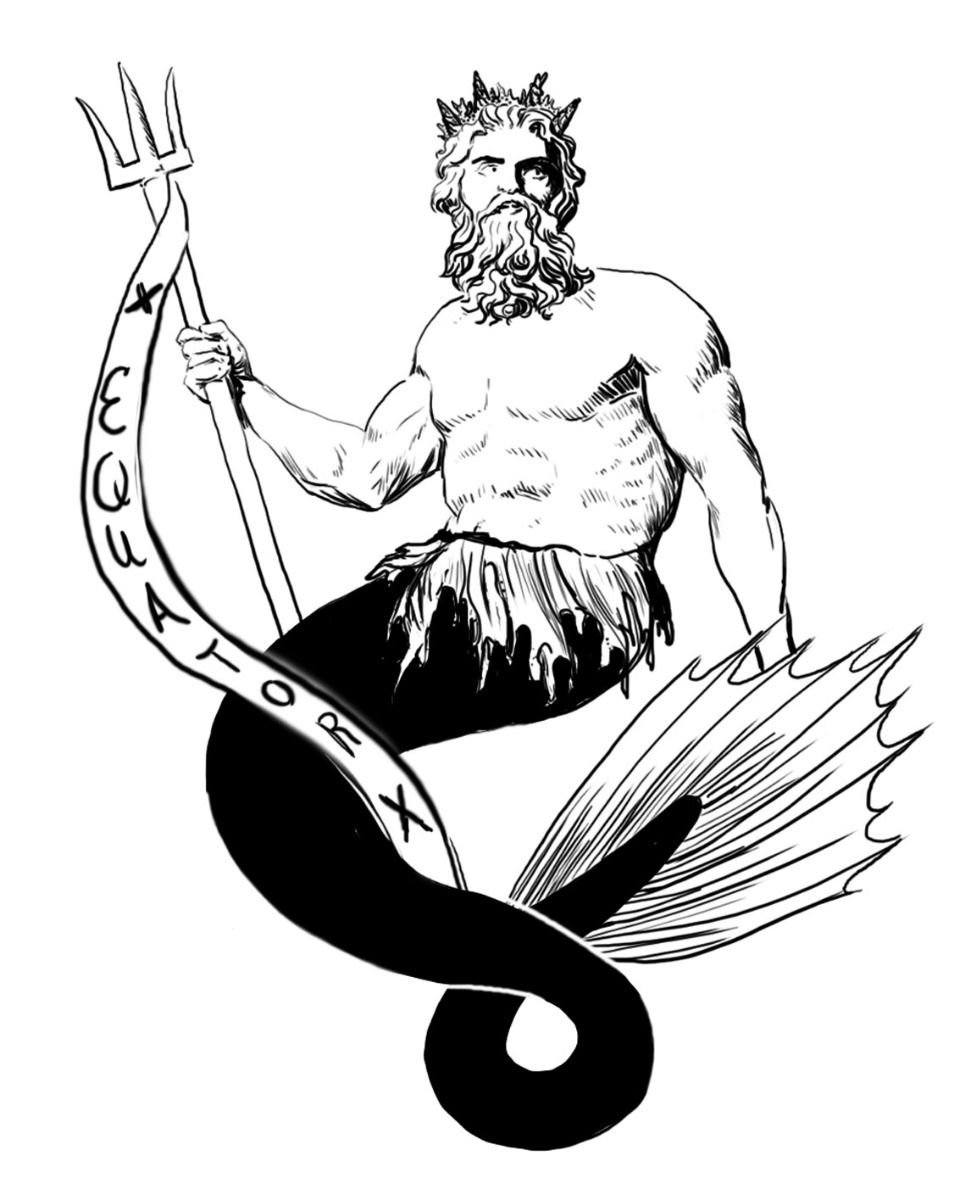 A bit of history. In the 1400's sailors aboard large schooners sailing weeks on end to unknown places would often give each other tattoos using gunpowder. To this day, tattoos are an integral part of the sailing culture. Certain designs speak to superstitions, while others rightfully boast of great accomplishments. For example, a sailor has the right to wear the SHELLBACK TURTLE after the ship he is on crosses the equator and enters the mythical, Roman god of the sea King Neptune's Court and the "mysteries of the sea." Some sailors wear an elaborate tattoo of King Neptune holding a trident, a spearing tool used by fishermen and sailors on the Mediterranean.

Another illustrious tattoo of a FULLY-RIGGED, multi-mast schooner under sail means the sailor has survived sailing through most harrowing and tumultuous waters in the world—Cape Horn off the southern coast of Africa. This tattoo often covers a sailor's back.

The classic five-pointed STAR tattoo is a famous nautical symbol. The alternating light and shaded star is said to resemble the compass rose—also known as the Rose of the Winds. Different designs show the compass bearings North, South, East, and West. A STAR tattoo safely guides a sailor back home. Before navigational equipment, the stars in the constellations were the guiding lights. The STAR proves a sailor's sea service in the United States Armed Forces. This tattoo is popular among Navy Seals and Coast Guardsmen. 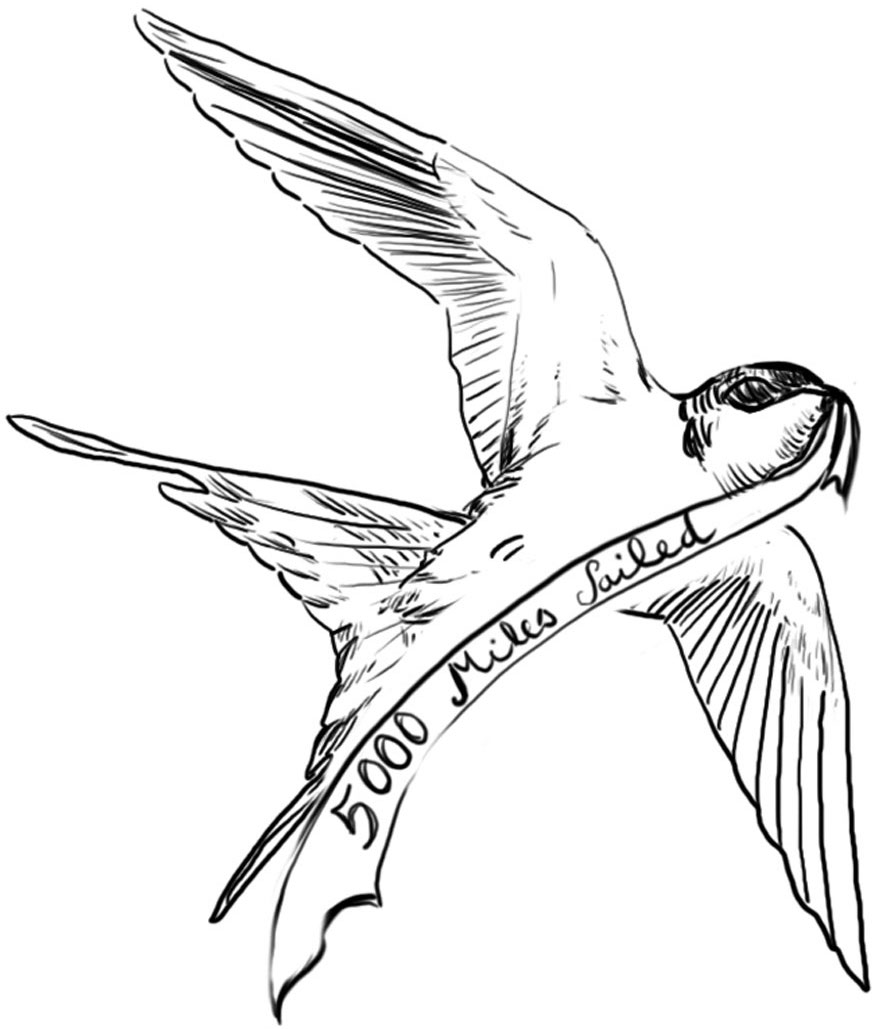 The SWALLOW in flight speaks volumes. A sailor has the right to wear a swallow for every 5,000 miles he travels on the open seas. Swallows are known for their extraordinary seasonal migratory flights. European swallows, for example, spend their winters in South Africa and then journey north to Great Britain. They can fly 200 miles a day and up to 35 miles per hour.

CROSSED CANNONS, some more intricate than others, are worn by sailors to show they have experienced military service at sea. Another sailor may wear the ROPE KNOT on his wrist to show he was a deckhand responsible for the taking care of the decks, moorings, and handling of cargo. 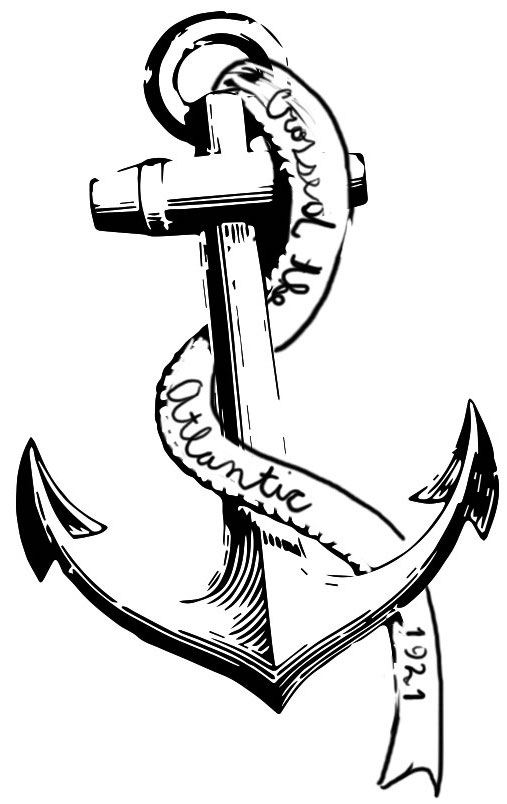 The mighty HARPOON signifies that a sailor was or is part of the world's elite whaling or fishing fleet. Closer to home, "Lady Catherine," a lobster boat tied up on Custom House Wharf, Portland, displays a Harpoon onboard.

The majestic ANCHOR is perhaps the most famous of nautical tattoos. The single anchor gives a sailor special boasting rights for crossing the Atlantic as a Merchant Marine or part of a fleet of civilian ships that carried military cargo during wartime.

Did you know that Sea Bags' ANCHOR continues to be our most popular design?

As Mainers, we know the importance of appreciating and celebrating our home's nautical history and the men and women who choose the ocean life generation after generation. We hope you'll join us in our salute.